Holy cow, I have a blog, flat and wife

Well it's been over a year since I last blogged and a lot has happened. In May last year Alison was elected to serve as a councilor in Glasgow. This prompted us to move from the West End to live in Dennistoun near her ward.

I've always previously rented accommodation and it made sense for us to buy our first flat as we were moving out. This was just before house prices dropped by over 10%! I'm slowly getting used to living in the East End and within a month of my moving here a Dominos has opened to try and recoup some of their lost profits since I moved.

The huge news that I have is that in August this year Alison and I got married in the Trades Hall in Glasgow. We had an awesome day that wethoroughly enjoyed. We went to Florence for our honeymoon and drank many espressos.

Now I've updated my blog and gave it a shiny new skin I'm planning to update it more often again (this is the 10 millionth time this has been said on a blog).

It's good to be back! 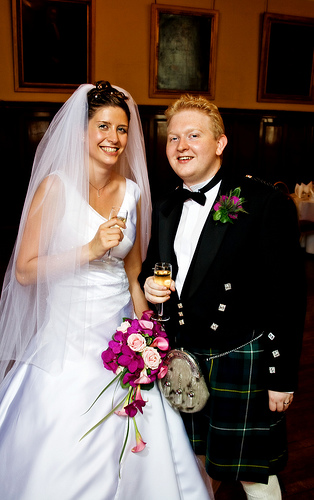