Last night on Monday Night Football the hosts Gary Neville and Jamie Carragher spent about an hour discussing the hot topic of “Greatest English Club Side” ever.

The cool thing for me was that they created a scoring mechanism: 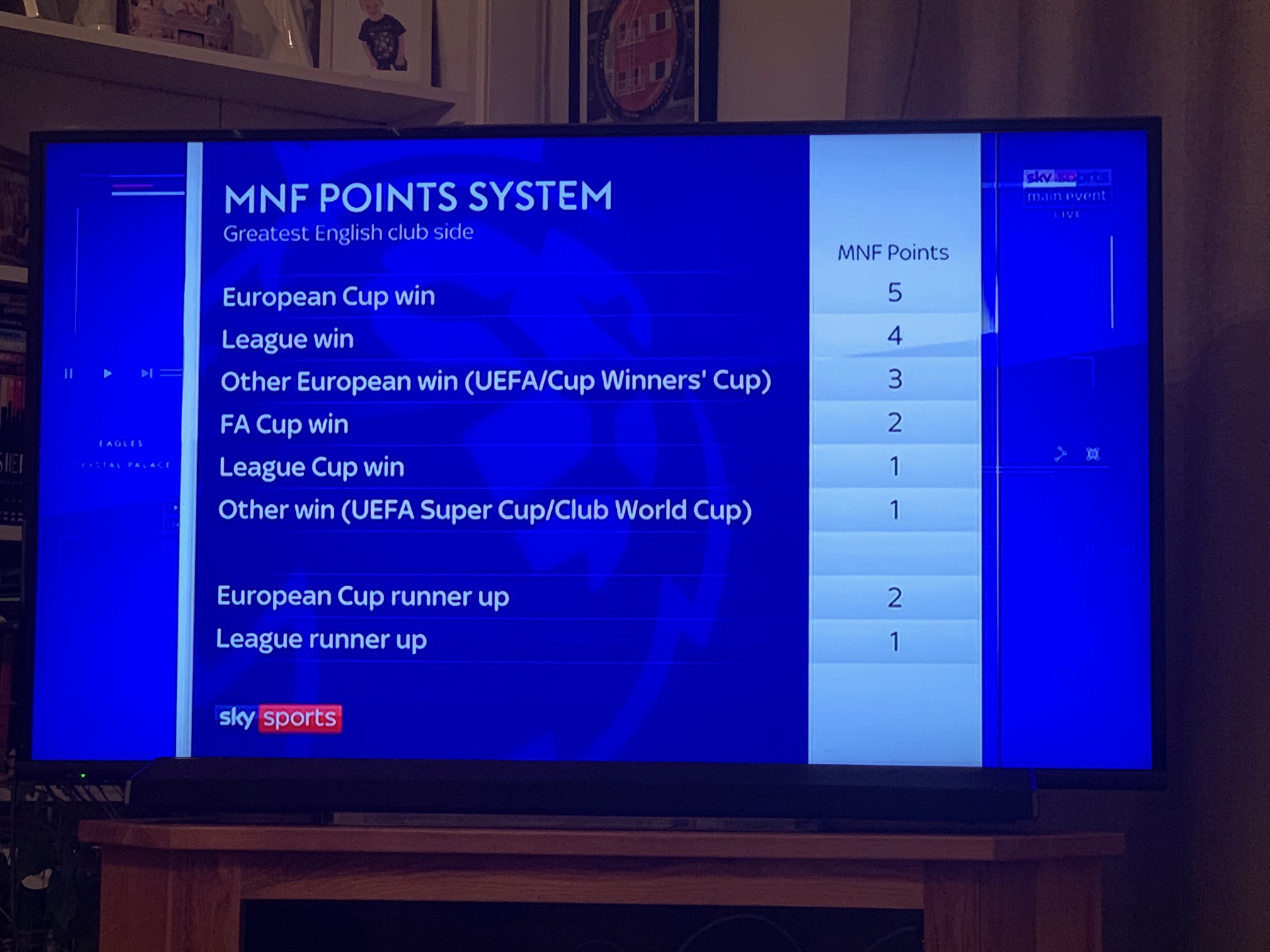 They then agreed that a three year period is the justification for a great team, which seems fair to represent a period of dominance.

They applied their scoring mechanism to every season since the second world war and came up with this chart: 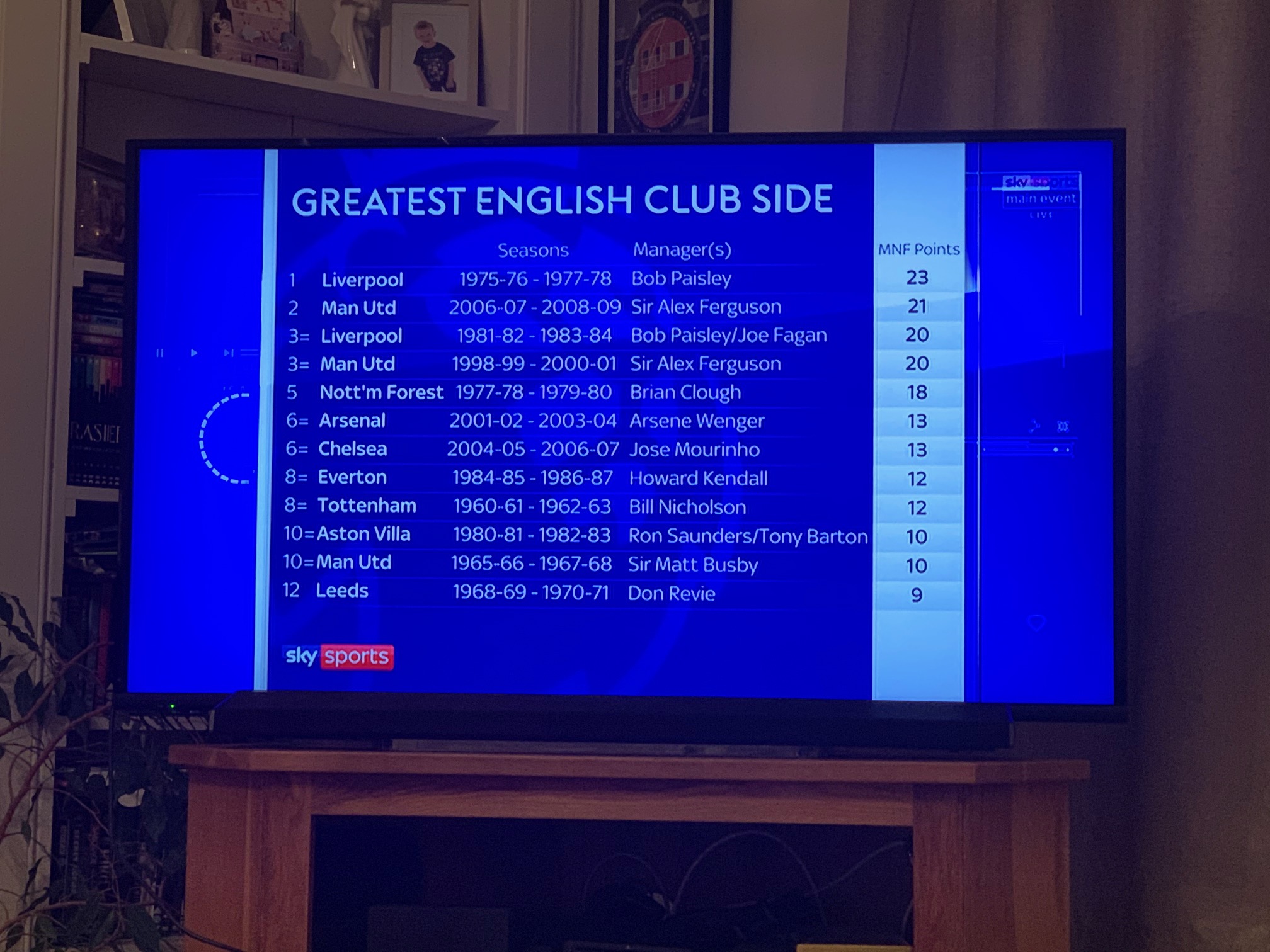 Something irked me though, I felt like another Liverpool team could fit in there, and the hosts were using their nostalgia to choose some of the teams on the list. So - being a massive geek with nothing better to do on a Tuesday night - I download the raw data for all the competitions for the league and wrote a program to re-calculate their league table.

The results were quite different, and have added in the current Manchester City team as one of the greatest to have ever played in the English league. Here is the computer-generated, and less nostalgia-based, version that I’ve made from raw data:

Thanks again to Gary and Jamie for coming up with the scoring mechanism. It was fascinating to hear their thoughts and memories.

While looking over the data, I was also able to look at years when teams had been the most dominant in the last three years, then look for a sustained period. So here is the list of teams that were the best within any given three year period for a sustained amount of time:

Brian Clough’s Nottingham Forest team punctuates Liverpool’s 1970-80s dominance. So it’s Gary Neville’s United team of the 1990s that we should see as the greatest over a long period.

We’ll see if Guardiola’s or Klopp’s teams come in, but they aren’t near yet.