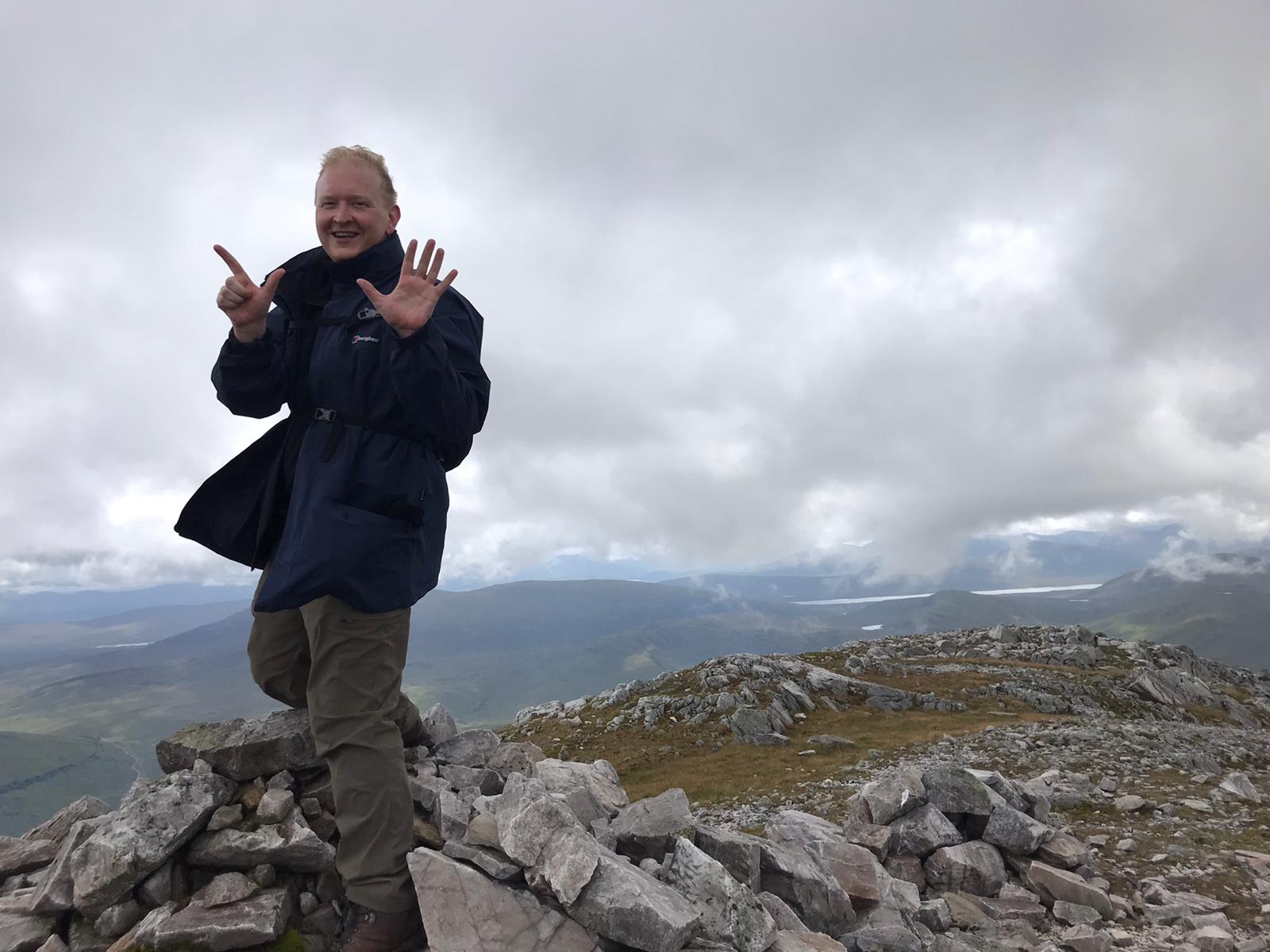 Nearly a year ago, I let you all know that I am suffering from liver disease and doing what I can to reverse it.

I’ve been trying out different habits, exercises, and eating patterns and posting on how I’m progressing every six weeks.

Thoughts on the last six weeks

Special thanks to @mowat27 for taking me up Ben A’an yesterday. Incredible views of Loch Katrine pic.twitter.com/FWXCSKC2pp

A half-hearted new years resolution I had was to take advantage of having amazing hills and mountains within an hours drive of where I live. Not moving further than a mile of my home for half a year made me more and more determined to remedy that. I pinged my friend Adrian who is a keen hill walker to see if he’d take me up a nearby hill. One thing led to another, and now I’ve climbed seven Munros - see the seven fingers up in the cover image - in the last few weeks.

Whenever I’m starting a walk, I get a massive smile on my face as the urban sound parts to be replaced by the sound of nature. I’ve blogged my trips:

Thankfully, it turns out that hillwalking is a fantastic way to burn fat. Since the start of my journey, I’ve been about making permanent habit changes rather than diets or shortcuts. Part of that has to be finding a healthy social hobby to replace going to the pub on a Friday and feeling awful until Saturday afternoon. Hillwalking is that for me.

Aside from the hills, I’ve kept calorie counting which is excellent for stopping you snacking on things. It’s too much of a faff to search for items in the food database.

If anyone creates a calorie counting app with great UX, then no one would lose any weight.

I’ll be looking for people to go out hillwalking with too. Let me know if you’d like to be taken around the Campsies or want to go further afield if you have some experience already.

Having over 25% body fat is considered obese by that measure, there’s a chance I could get below that in the next six weeks, which would be a fantastic way to celebrate the anniversary since I started this journey.

Good things in this period

I only tweeted six times over the last six weeks. Too much digital life has put me off using it at all.

My sports team delivered after 30 years of waiting:

Took this two home games ago in early March. I thought this moment would come a lot sooner! pic.twitter.com/UaeJJoVMiG

We delayed Alexander’s birthday party until you could have people from two other households come around. It’s the first time he’s had his friends around in six months. He loved it:

Ain’t no party like a Minecraft LAN Party pic.twitter.com/w9Wro9sRv9